Many veterans don't stray far from the military bases they were assigned to, government data indicates, and some will return to cities where they were previously stationed.

That's probably a big factor behind a veteran population in San Antonio above 100,000, said Bob Murdock, director of the city's Office of Military Affairs.

"When they were assigned here at one time or another, they had a very positive experience with the community," Murdock said. "We are very proud of the moniker that we are Military City USA."

For Military Times' first-ever Best for Vets: Places to Live feature, we considered the sorts of military- and veteran-specific culture and services that can lead city vet populations to swell into six figures, as well as economics and livability factors, such as traffic and crime.

A total of 577 places, as designated by the Census Bureau, were considered as part of the project. Only 75 — divided equally into large, medium and small cities — made the cut.

To compare the cities, we evaluated more than two dozen metrics from a wide range of data sources, both federal and private.

As part of the process, we considered whether the places were near-top finishers in our other Best for Vets rankings, which comprise universities, technical colleges, business schools, employers, franchises and law enforcement agencies.

The city features as part of that system San Diego State University and the University of San Diego, both of which made our Best for Vets: Colleges 2015 rankings.

"It's a very attractive climate. It's a very cosmopolitan city. ... Many, many excellent colleges and universities in the area," Harkins said.

The city also has a very strong military culture, as many service members have learned from being stationed in it — or from watching baseball highlights: The San Diego Padres wear camouflage uniforms at every Sunday home game as a tribute to the city's service members and veterans.

Another benefit of living in San Antonio: You can buy a house for one-quarter and in some cases one-fifth of the amount you'd pay for a similar property in many other places.

"The cost of living here, especially for housing, is very inexpensive, compared to some of the [other] larger cities," Murdock said.

Some areas with high property values will make efforts to accommodate vets. Ginanne Italiano, president and chief executive of the Greater Bethesda-Chevy Chase (Md.) Chamber of Commerce, noted that some area apartments will provide big discounts for service members and veterans.

"It's not a cheap place to live, but ... it's probably one of the best places one would want to live," she said.

There's lots to do in the region when you get off work as well: teams in all four major sports, plenty of outdoor recreation and scores of free public museums.

Alexandria residents can experience this while maintaining a small-town feel outside of Washington, said Stephanie Landrum, president and chief executive of the Alexandria Economic Development Partnership.

"The scale is very approachable. You know where the main street is," Landrum said. "It's not overwhelming like some of the larger jurisdictions."

In the Washington region — and for many of the other areas that made our list — the same factors that make an area great for vets to live in will also make it attractive for service members to angle for while still on active duty.

Is the economy strong enough for a military spouse to have a good chance at a high-paying job? How far is the nearest installation? How good are the schools?

Arlington "is a great place to land in your service as well," said Greg Emanuel, a retired Air Force lieutenant colonel who now works as the county's director of environmental services.

And there's more to cost of living than home prices and rent, he said. A lot of people make up for the high housing costs by taking advantage of the area's robust public transit system and walkability, driving less than they would in a bigger city.

Perhaps counterintuitively, some of the larger cities in our rankings recorded the shortest average times spent in transit.

Virginia Beach, Virginia, charted a 23.6-minute average travel time to work. That beat out many other cities, but Mayor Will Sessoms wants to do better.

"We'll be probably putting $8 billion in road projecting in the coming years," he said.

Virginia Beach also stands out for recording just 26.6 crimes per 1,000 people in 2013 Census estimates. That's an important factor to consider when moving to a city — and a point of pride for Sessoms.

"The crime rate in our city is as low as it was in 1963," he said. "I go around telling people it's the greatest city in the world because I honestly believe it."

Sessoms credits service members and retirees for helping to make Virginia Beach the city that it is.

"The people in the military — they're our soccer coaches. They're our volunteers in the rescue squad."

Arlington's Emanuel said the area offers vets the chance to maintain their military identity to whatever degree they wish.

"There's just a zillion military things that you can be involved with," he said.

After years in Arlington, Emanuel and his wife have talked a few times about whether they'd want to move, he said. But he can't see a reason he'd ever want to leave. And, he pointed out, the nation's most honored veterans never leave.

"Your final resting place can even be here in Arlington." 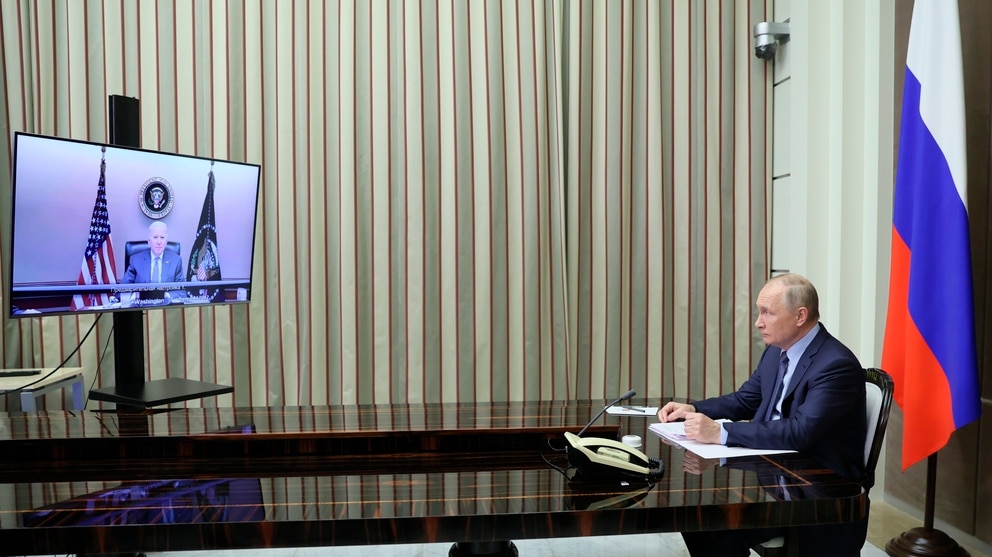 No plans to send more troops to Ukraine, Biden says