Should you base your civilian career on your military job?

Many service members use their transitions out of the military as a chance to start over and ditch the career paths that their military occupations started them on. Doing so comes with advantages and disadvantages, all of which transitioning veterans should weigh carefully.

If you have a decade's worth of military experience in a field that translates well into the civilian world, changing course could force you to start at the bottom, with a salary to match, rather than at a higher level that recognizes the technical skills you learned in uniform.

"When you work from weakness, it only makes it more challenging," said Evan Guzman, head of military programs and veteran affairs at Verizon, which tops our Best for Vets: Employers rankings for the second consecutive year.

On the other hand, if Uncle Sam stuck you with a job you hate, you're likely not doing yourself any favors in the long-term by seeking a similar civilian position.

In addition to Verizon and PwC, Union Pacific Railroad, USAA and BAE Systems round out the top five companies on our Best for Vets: Employers 2016 rankings.

A record number of companies took part in our survey this year, which included more than 90 questions that explored in detail company culture, recruiting, policies and reservist accommodations.

Competition was stiff for companies, but what they told us was largely good news for vets.

All but one company that responded to our survey told us that they were actively looking for new employees to hire now. And the other one indicated that it planned to do so within the next year.

Veterans accounted for more than 13 percent of the employee populations for responding companies and more than 17 percent of new hires, likely a result of a conscious focus on vet recruiting.

On average, the companies dedicated one-fifth of their recruiting budgets to military-connected employees. They attended an average of nearly 39 military/veteran job fairs in the last year. More than three quarters of companies specially track applications for veterans, and about four in 10 give vets either a significant or slight preference in the hiring process.

An average of four employees at each company spend most of their time working either to recruit or support military-connected employees. And more than 85 percent offer training on military culture, career paths and related matters.

Better than three-quarters have a military affinity group at the company.

These efforts appear to start at the top. A remarkable 95 percent of responding companies reported having at least one service member, veteran or military spouse in the ranks of their senior leadership.

And more than one-third have received the Secretary of Defense Employer Support Freedom Award, the highest award given by the federal Employer Support of the Guard and Reserve organization.

Yokesha Cox, US Bank team leader, served in the Marines Corps 1999-2006, leaving as a sergeant and finance technician. Cheston Hill is a sales support consultant.

If you do want to stick with your military job as a civilian, one of the best places to look may be a defense contractor, such as BAE Systems.

"They're working on some of the same platforms, some of the same equipment ... that they were using when they were active duty," said Chris Davison, the company's veteran recruiting and warrior integration program manager. "So it's really just a nice transition."

As a worldwide company with tens of thousands of employees and lots of projects across a wide variety of areas, BAE has need for many different types of employees, he added.

"There's so many things that we do, we can accommodate almost any occupation out of the military," Davison said.

While the banking and insurance work that USAA handles is much further from the battlefield, the company's focus on customers who are current or former service members, or their families, makes vet employees just as crucial to their business.

Accordingly, the company has developed several programs to attract veterans to their workforce — some of which enhance vets' existing skills, some of which teach them new skills from scratch.

A new program will bring in former officers — from junior military officers and noncommissioned officers to field-grade and company-grade officers — and build on their leadership experience by teaching them finer points of the civilian business world, thus positioning them to quickly climb the ranks at USAA.

And over the course of 22 weeks, the VetFIT program takes veterans with zero information technology knowledge, teaches them Java and shows them how to use it in the business setting while getting paid, then hires them in the USAA IT department.

Former Army Sgt. Andrew Means said he had a "hard fail" in a computer programming class in college.

"I felt like I wasn't grasping the concepts," he said.

Still, he gave the VetFIT program a try after a former soldier from his unit recommended the program to him. About halfway through at this point, he describes the program as "fully immersive."

"The rate at which we're learning stuff far exceeds anything in the civilian sector outside of this program," Means said. "I'm able to pick it up so much easier here."

Veterans, as well as company leaders behind programs to recruit and support veterans, all recommended that service members leaving the military approach the transition seriously, even as a job in itself, assessing their internal desires and their realistic options in the outside world.

"They need to do research," said Ruben Lopez, a former Army captain who now works as a general superintendent for Union Pacific. He added that an infantry soldier who thinks he has no applicable civilian skills shouldn't just assume that's the case.

"There are some websites — we have one on Union Pacific — where it takes your military skill and converts it to basically a job skill or a position," Lopez said.

About 15 percent of Bank of America's employees are in uniform or veterans.

Experts inside and outside of the military recommend that vets start planning their transitions 18 months before separating from the military.

For Matt Woyton, that wasn't possible.

The Army staff sergeant was medically retired in early 2015 and had only a few months' notice that it was coming.

"I have a wife and two kids, so getting out of the military was by far the scariest thing I've ever done," Woyton said.

He recalls his wife breaking down crying, worried about how the family would support itself. But Woyton had days earlier posted his résumé on a website used by a variety of companies to find potential vet employees: recruitmilitary.com. The next Monday, he got a call from Verizon.

That call turned into a job teaching Verizon employees to climb utility poles, a significant departure for a person who served in the military police. Yet he soon found himself in a management position, leading an installation and maintenance team.

"It was never something I thought I'd do," Woyton said. But "I don't regret it at all. It was a great decision, and I'm very happy so far." 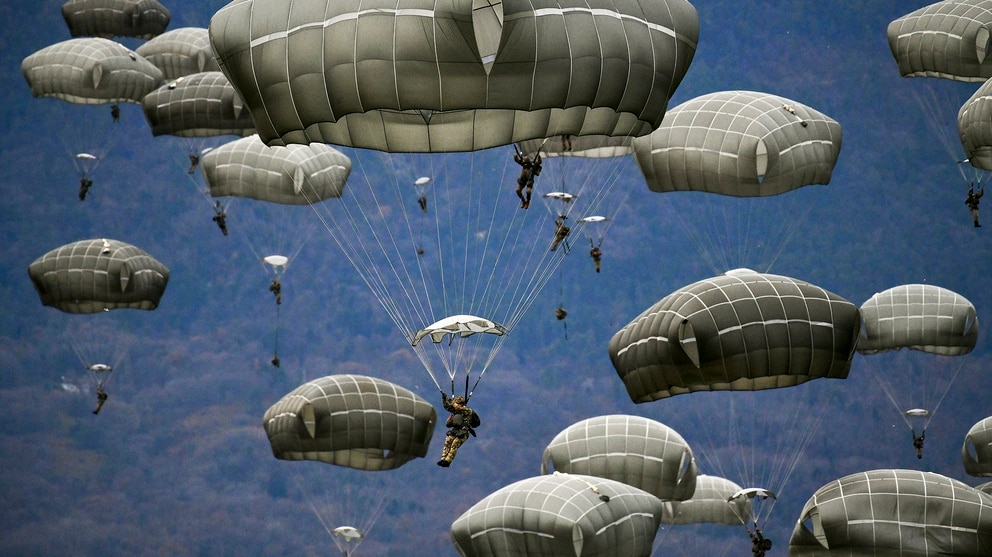