BOSTON — It was a simple act of kindness by a complete stranger, but it left a lasting impression on a young Polish boy escaping the horrors of Nazi death camps.

Steve Ross searched for decades for the U.S. soldier who had comforted and fed him as the Dachau concentration camp was being liberated by Allied forces in 1945. As Ross carved out a new life in America, he retold the story countless times, carrying with him the American flag handkerchief the soldier left him.

"My father was absolutely transformed by that small act," said Michael Ross, a former Boston City Council president and onetime mayoral candidate. "It helped him regain his faith in humanity. It shows that these things we do in life have profound consequences. That how we treat each other matters." 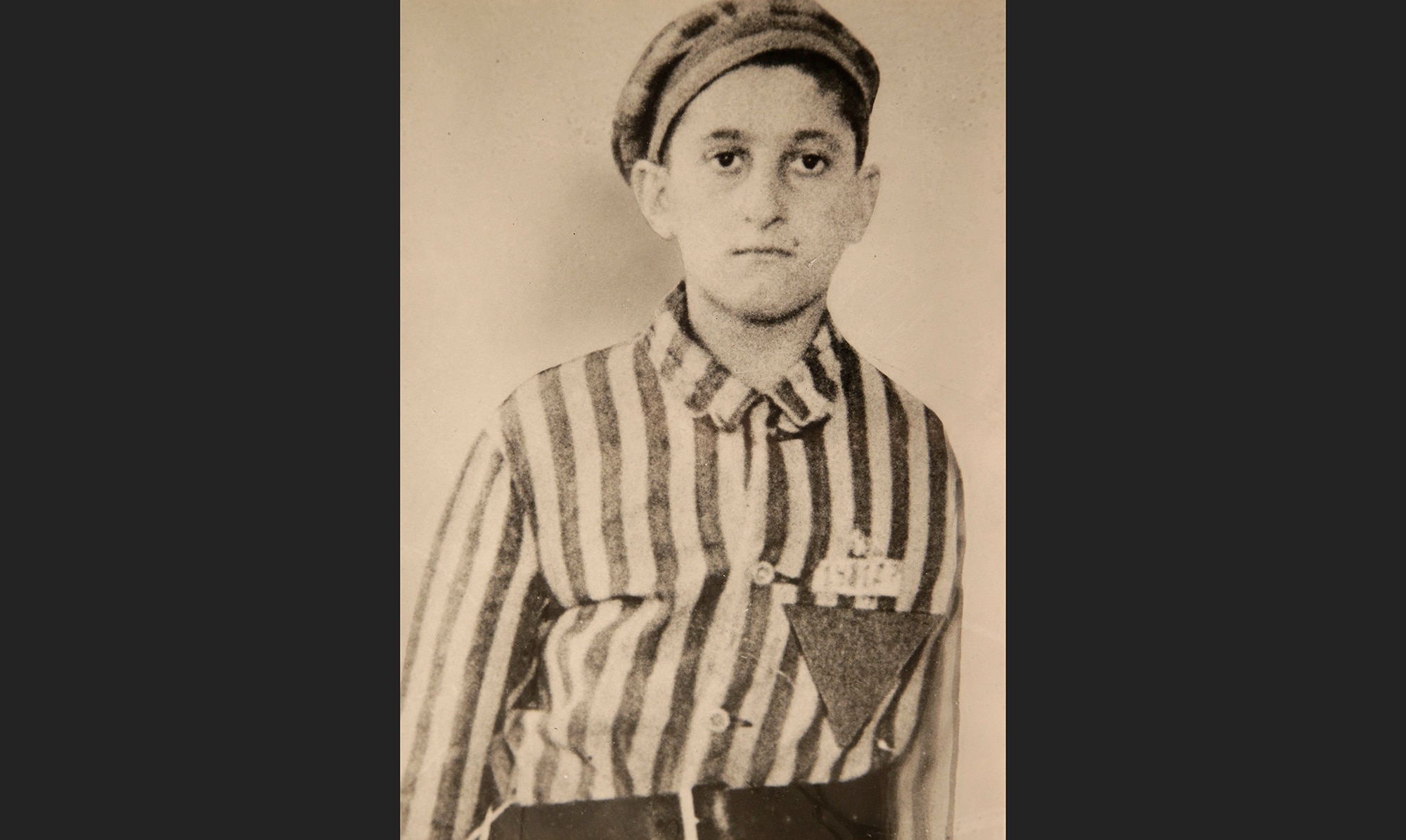 In this undated World War II-era photograph provided by Many Hats Productions, Holocaust survivor Steve Ross wears a Nazi prison camp uniform. The Holocaust survivor's life is recounted in a new documentary titled "Etched in Glass: The Legacy of Steve Ross," premiering in Newton, Mass., Wednesday, June 7, 2017.
Photo Credit: Courtesy of the family via Many Hats Productions via AP
Ross' search for the benevolent soldier and his life after the war is recounted in a new documentary screened in the Boston suburb of West Newton on Wednesday evening.

"Etched in Glass: The Legacy of Steve Ross" focuses on the five years Ross spent in concentration camps to his life as a war orphan in America, his career helping at-risk youths in Boston and his successful efforts to erect the striking glass New England Holocaust Memorial in downtown Boston.

Ross, now 90 and his speech limited by a stroke, attended Wednesday's screening with his family, the filmmakers and members of the soldier's family.

"It's not your typical Holocaust film," said Roger Lyons, the director of the nearly hourlong film. "Steve is a unique person. He took his second life and he really ran with it."

After serving in the U.S. Army during the Korean War, Ross became a social worker helping youths in some of Boston's toughest housing projects. 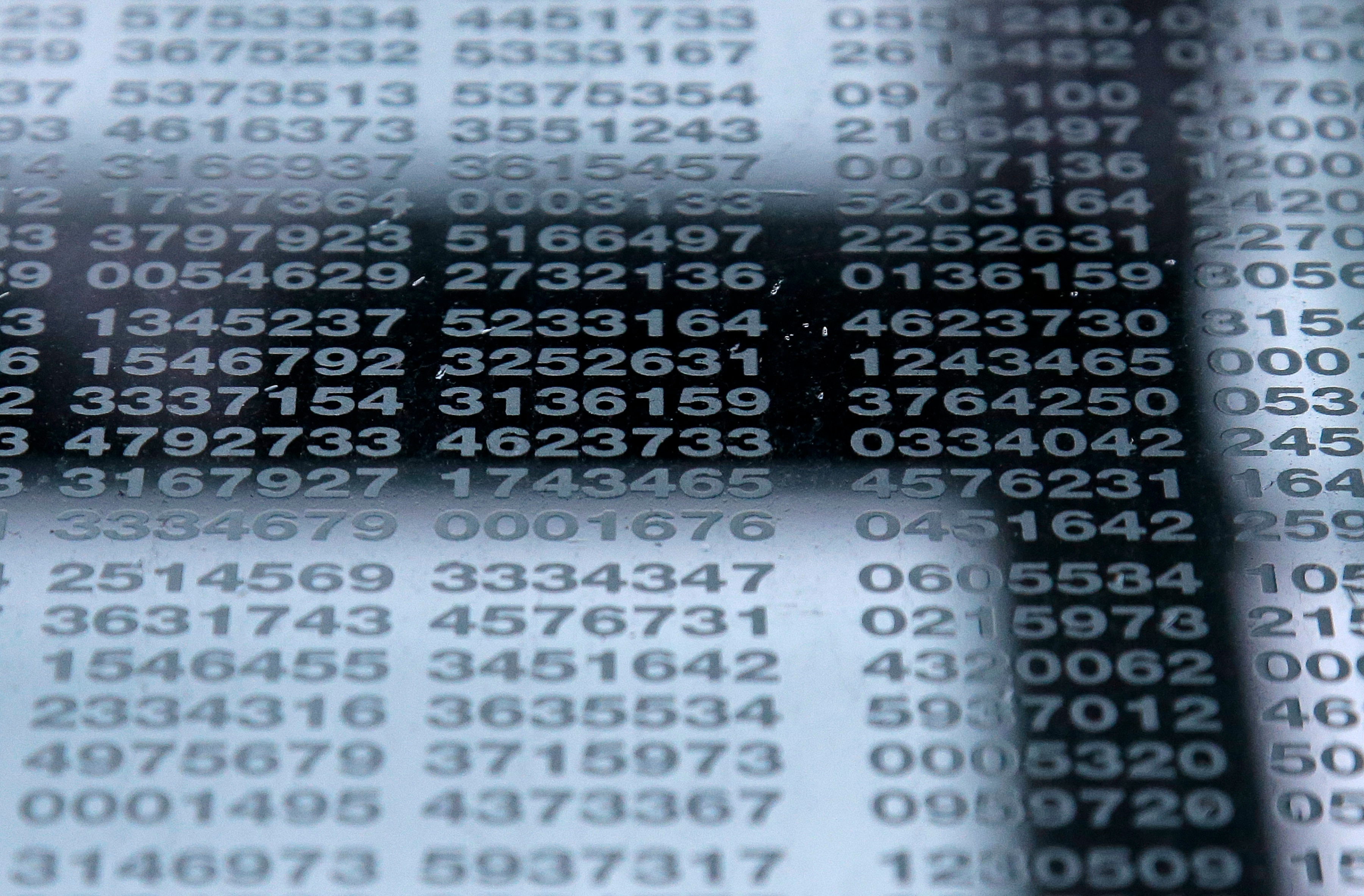 In this Tuesday, June 6, 2017, photo, a detail of the New England Holocaust Memorial shows some of the six million numbers etched in glass at the memorial in Boston. The documentary film "Etched in Glass: The Legacy of Steve Ross," premiered Wednesday. The film recounts the holocaust survivor's five years spent in Nazi concentration camps as a child. Steve Ross is the founder of the New England Holocaust Memorial.
Photo Credit: Steven Senne/AP
In his later years, he would talk to high school students about his Holocaust experience and address swearing in-ceremonies for new U.S. citizens. Dressed in garb similar to what prisoners wore in the death camps, he would faithfully recount the story of the kind soldier and carefully unfurl the American flag handkerchief.

"Most survivors don't want to talk about their experience," Lyons said. "Steve was the opposite. He was an open faucet."

As the documentary details, Ross' search for the soldier was featured on the popular television show "Unsolved Mysteries" in 1989. But it wasn't until decades later that the family of Lt. Steve Sattler, who died in 1986, connected the dots.

The film captures the emotional moment when the two families met at a Veterans Day ceremony at the Massachusetts State House in 2012. 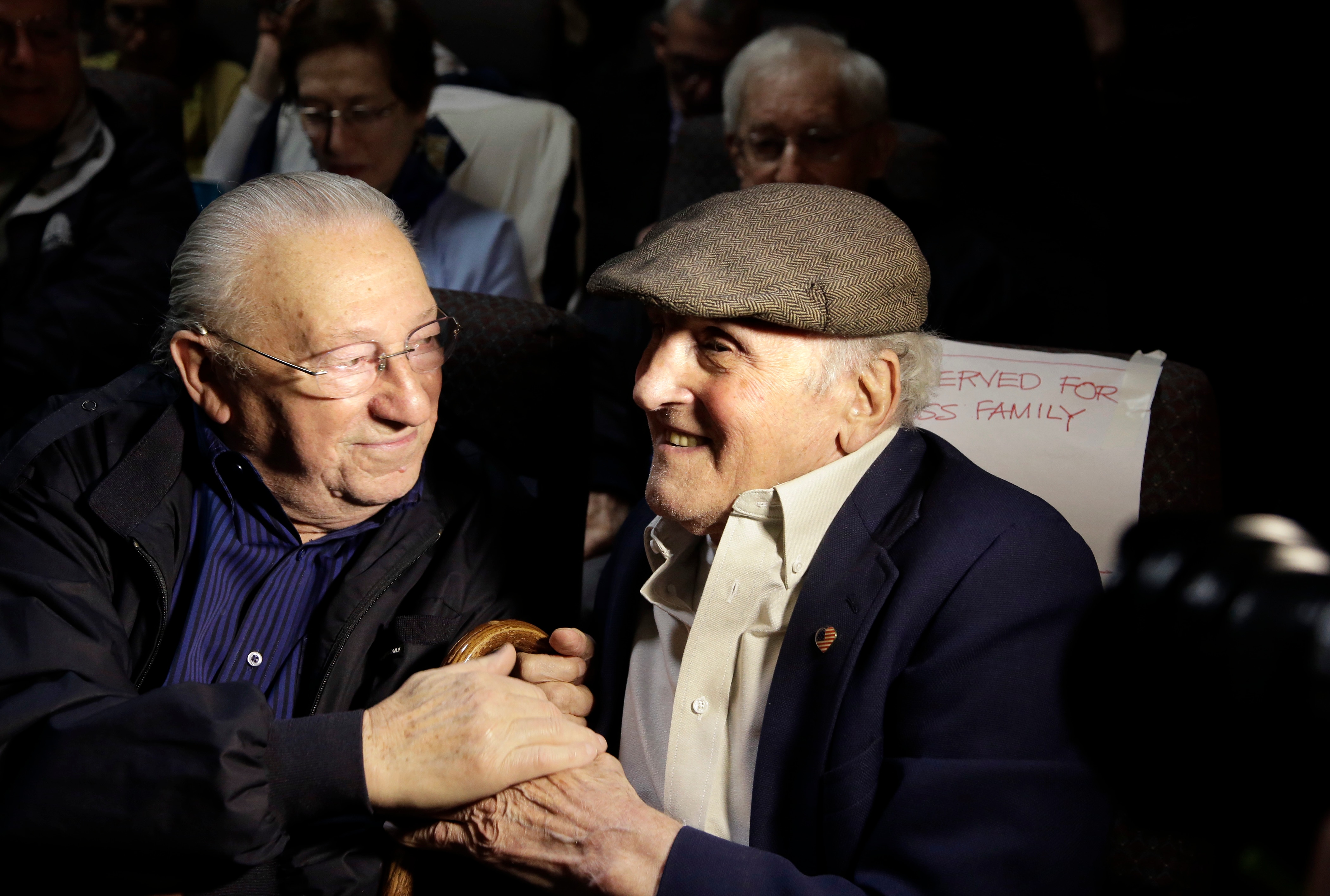 In this Wednesday, June 7, 2017 photo, Holocaust survivors Israel Arbeiter, left, and Steve Ross, right, greet one another at a theater before the premier of the film "Etched in Glass: The Legacy of Steve Ross," in West Newton, Mass.
Photo Credit: Steven Senne/AP
Sattler's granddaughter, Brenda Sattler, who played a key role in making the connection, says the bond forged between the two families has been surreal.

"The biggest impact to me is being proud of grandpa for being that soldier," said Sattler, who flew in from Anchorage, Alaska, to attend Wednesday's screening.

"It's a lesson to just be kind," added Sattler's daughter, Gwen Sattler Allanson, who traveled from San Diego, California. "You have no idea what people are going through. Take a moment and reach out and maybe you can turn that person's world around."

The case for staying in Iraq just got weaker

Will the Marine Corps become the US military’s smartest branch?