Defense Secretary Ash Carter has launched a sweeping review of the military's recruiting standards, saying current rules for screening new entrants may be "overly restrictive" and preventing America's most talented young people from joining the ranks.

Among the benchmarks that will get new scrutiny: fitness standards, marijuana use, tattoo regulations and the military's longtime reluctance to allow single parents to start military careers.

Carter's announcement Tuesday marked the latest round of his "Force of the Future" personnel reforms, which are driven by his concerns that the military today is ill-equipped to recruit and retain the top talent needed for future missions.

"We're going to review and update these standards as appropriate," Carter said in a speech to reserve officer training corps cadets at the City College of New York. "Now, some of these things we'll never be able to compromise on. And we will always have to maintain high standards. But at the same time, these benchmarks must be kept relevant for both today's force and tomorrow's, meaning we have to ensure they're not unnecessarily restrictive."

Carter also announced a $140 million advertising campaign to improve the military’s brand among young people throughout all regions of the country, and an effort to improve the ROTC program that trains about 40 percent of incoming military officers.

This review was informed by several active-duty military recruiters, Carter said, noting that many are worried today’s force is turning away people with critical skills because they fail to meet specific individual requirements. It also recognizes that today’s military mission has changed, relying less on traditional infantry operations and more on technical skills needed for jobs like cyber warfare and intelligence analysis.

Reviewing fitness requirements reflects a fear that today’s youth are fatter than ever. An estimated 70 percent are ineligible for military service based on traditional standards related to health, education and past misconduct.

"We have a much bigger problem with obesity and overweight [people] in our society than we've had historically," said one senior defense official familiar with the reform efforts. "So we have a different base to look at in terms of recruits."

Defense officials rejected any suggestion that changing standards for entering boot camp would lead to lowering expectations in the operational force.

Carter "is not saying ‘it doesn’t matter how overweight somebody is,’ because it does matter. Fitness does matter in the service," the senior defense official said. "But one of the responsibilities that we have when we bring people in is to make them fit, if they are not already. "We have to judge whether, if we have [an individual with] a fitness problem, is it a fitness problem in which they are not going to be able to achieve our standards? Or is it a fitness problem where we can help them through it and they can meet our standards?"

The secretary "isn’t committed to overturning these standards because each one of them has a reason," the defense official added. "We are going to look at them systematically and evaluate them against our needs and make sure we’re as flexible as we need to be so we can get the best possible force in."

Carter also mentioned tattoo policies as a concern that might be keeping highly qualified individuals from joining the military. That’s an issue the individual services have wrestled with in recent years, and several have adopted policies more accepting of young people with lots of tattoos.

Rules regarding recruits marijuana usage also are getting a new look. As thousands of prospective recruits are now living in states where medical and recreational marijuana is now legal, Carter is instructing top personnel officials to consider pilot programs to "assess the feasibility and impact of updated standards" on the issue of "past marijuana use," according to a fact sheet provided by the military.

The issue of single parents could open up the military to many younger people, both men and women.

Single parenthood in the United Stats is rising, up more than three fold since 1960. Women make up the majority of single parents, yet the number of fathers who head single-parent households also has risen from less than one million in the 1980s to more than 2.7 million today, according to the Pew Research Center.

SECDEF'S LEGACY: A 'FORCE OF THE FUTURE'

Carter, who will likely step down in January when President Obama leaves the White House, has made personnel reforms a centerpiece of his two years in the Pentagon’s top office.

Earlier this year, he rolled out a slate of reforms aimed at boosting retention. That included an expansion of family-friendly benefits like parental leave and child care services. Carter is also asking Congress to change the laws governing officer promotion in a way that would giving the Pentagon and the individual military services more flexibly to decide who to promote into the upper-rungs of leadership.

The latest round of changes is focused on incoming recruits. Carter has voiced concerns that today’s all-volunteer force relies too heavily on a small pockets of America to meet recruiting goals and fill the ranks.

"Geographically," he said in New York on Tuesday, "our military’s recruiting pool is shrinking, with more and more of our people coming from fewer and fewer states. Today young Americans from rural areas are two times more likely to join the military than young Americans from urban areas. We would be missing an opportunity if we kept fishing only in the same geographic ponds we always have. Instead, we need to seize that opportunity by fishing in more ponds, new ponds, and ponds we haven’t been to in a long time. We have to draw talent from our country’s entire pool of population for our all-volunteer force."

In addition to reviewing recruiting standards, Carter said the Pentagon will launch a new, top-level marketing effort to improve the recruiting environment. That will include a $140 million advertising campaign run by the Pentagon rather than the individual services' recruiting commands.

The Defense Department will also launch a "speakers’ bureau" to better coordinate the appearances and messages of top officials, and retired generals and admirals.

"In doing so, we’re going to reach out and talk to the American people wherever they are — which as you know isn’t just on TV anymore, but increasingly in many different places online. And we won’t just speak to potential recruits — we’re going to speak to everyone, including parents, grandparents, coaches, teachers, guidance counselors, and more," Carter said.

Carter also outlined plans to revamp the ROTC program. He wants to:

His latest announcement comes as top military officials are bracing for a downturn in the recruiting market nationwide.

Recruiting was difficult in the 1990s after the end of the Cold War raised questions about the military’s long-term mission. Yet interest in military service surged after the terrorist attacks of 2001. It slipped again after years of war in Iraq, but got a boost in 2008 when the U.S. economy crashed and the military appeared to be an appealing option.

A key indicator of interest in military service comes from the Pentagon’s "propensity" poll, in which officials ask young people ages 16 to 21 a basic question: "How likely is it that you will be serving in the military in the next few years?" Last year the percent who respond "probably" or "definitely" was pegged at 19 percent in the poll conducted last fall, the most recent data available. That’s not far from the peak of 23 percent in late 2003, and yet it's far removed the historic low of 12 percent, experienced in late 2007.

"Ultimately," Carter said, "what we’re selling is service: the chance to be a part of something bigger than yourself, that will not only do something good for you, but let you serve others, and then after you’ve served to go on to do something great with the rest of your life, like so many of our veterans have." 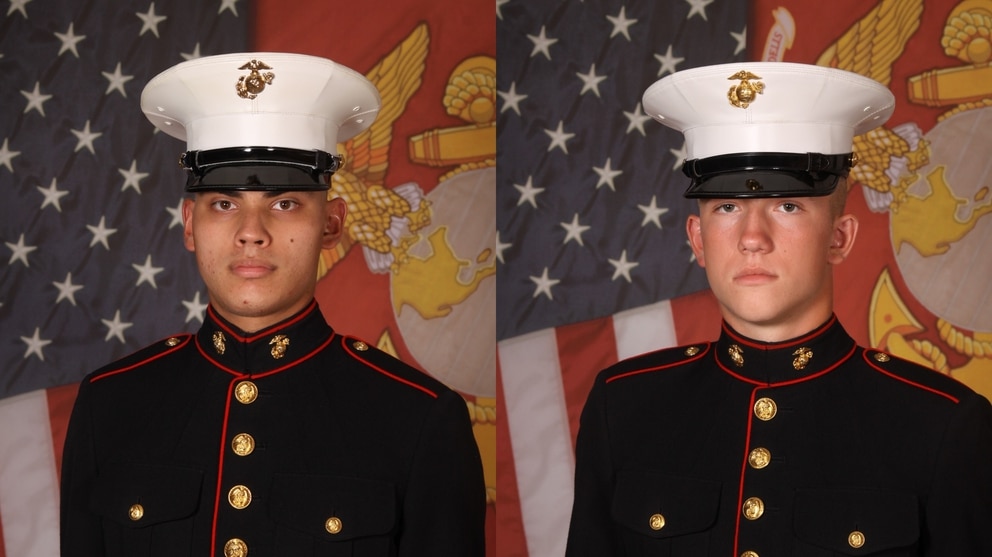 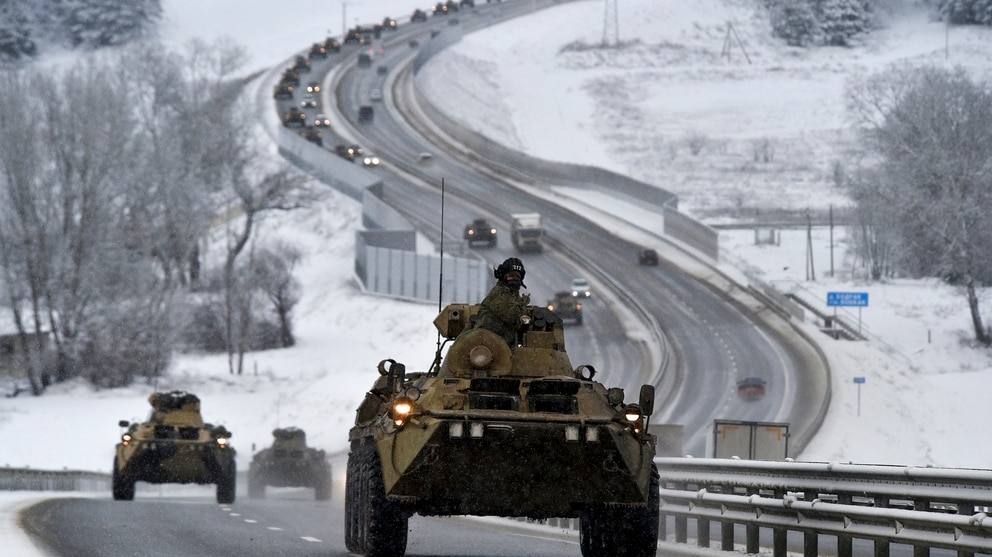 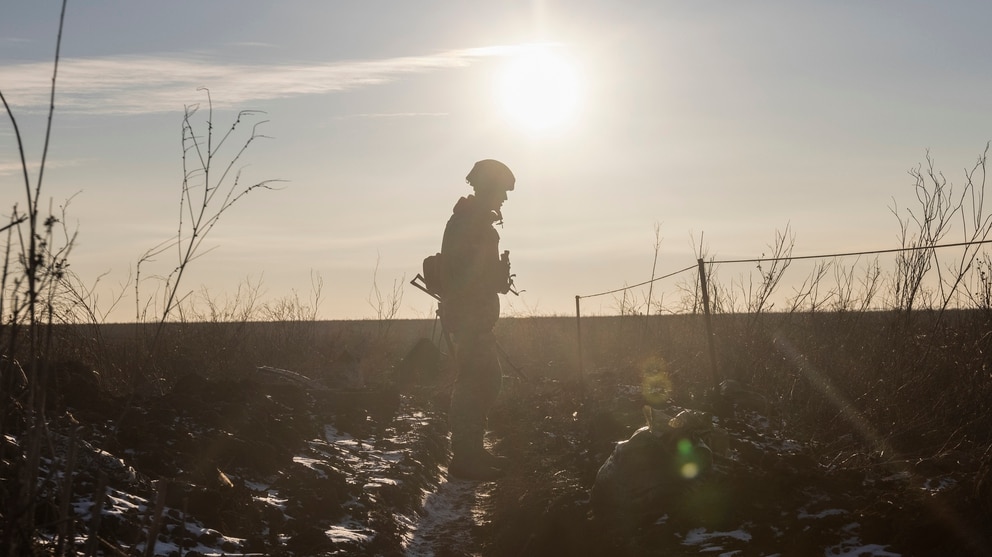