If you ask Dave Asher why he moved to Kirkland, Washington, after retiring from the Army in the early 1990s, he won’t hesitate to give an answer.

Situated along the Puget Sound region, Kirkland is within a day’s drive to mountains, rainforests and desert, Asher said in a recent interview. A retired lieutenant colonel and Tennessee native, Asher considered many factors before moving west.

“Kirkland is a lakeside community that just provided a lot of wonderful parks and a great opportunity to move around the region,” he said. “The weather is absent extremes. The recreation is abounding.”

No state income tax is also a plus.

Kirkland, home to more than 5,000 veterans like Asher, is one of the top 50 small cities for veterans on Military Times’ newest Best Places to Live ranking. It earned the fifth slot in this year’s rankings of cities with fewer than 75,000 residents, behind Glen Burnie, Waldorf and Ellicott City in Maryland, and O’Fallon, Missouri.

We used data from multiple sources to compare locations across three broad categories: veteran and military culture and services, economic indicators — some veteran-specific and some not — and livability factors such as crime, health, school quality and traffic. Among the factors considered were cost of living, employment, health and school ratings, proximity to top ranked colleges and companies, and many other criteria.

His city’s placement near the top of the list for large cities came as no surprise to Virginia Beach Mayor Will Sessoms.

The city is within 25 miles of nine military installations and has the largest percentage of active-duty residents of any large city on Military Times’ list. Veterans represent 17 percent of the population.

Sessoms, who has led the coastal city since 2009, said he often hears from service members that if they have to leave the area, they’ll come back.

“The reason, I believe, is the quality of life,” he said. “It gets down to looking all together at the package that we have to offer. It’s a great place to live at a very fair cost.”

For the last four summers, the city has partnered with the USO to host Warrior Week, a week-long tribute to wounded veterans and service members that culminates in a large Patriotic Festival along the beach. This year, Danish leaders and wounded veterans joined in the festivities while on a scouting trip to learn how Denmark can better serve its veteran population.

Why did they pick Virginia Beach?

“We care about our military — plain and simple,” Sessoms said.

Centennial, Colorado, a 17-year-old city in the Denver suburbs, also takes steps to publicly honor its veterans with a Military Voices section on the city’s website, where veterans can share their stories and pictures.

“In Colorado, and especially in the metropolitan area that we’re in, embracing the military is the norm,” said Centennial Mayor Cathy Noon. “I think that energy, that value of the military culture is just part of who we are.”

And if Centennial’s Rocky-Mountain vistas aren’t enough to make you want to move to the city, maybe it’s above-average veteran income or award-winning splash pad water attraction will.

A Voice in Government

In Colorado Springs, five out of nine city councilors are military veterans, said the city’s mayor, John Suthers. The city also employs a liaison to the military community and runs a program to help military spouses grow accustomed to life in the city, including by giving tours when they first move to the area.

Many of the cities on our Best Places to Live list also have veteran representation in local government — whether in elected positions or in advisory roles that give the veteran community an opportunity weigh in on local government decisions.

San Antonio has 11 veteran commissioners who advise the city councilors and mayor on city decisions related to healthcare, education and other issues from a military perspective, said retired Maj. Gen. Juan Ayala, director of the city’s Office of Military Affairs, which oversees the veterans commission and works to grow and maintain the city’s large military footprint. In June, the city unveiled its new trademark as Military City USA, a designation from the U.S. Patent and Trademark Office.

In O’Fallon, located just outside St. Louis, 15 percent of city employees are veterans, according to Communications Director Tom Drabelle. O’Fallon also has an 11-member Veterans Commission that recently worked with the city council to designate parking spaces for Purple Heart recipients at city parks and other city facilities — an initiative that has spread to several local businesses.

In northern Virginia, Arlington County’s Military and Veterans Affairs Committee initiated efforts last year to host a special ceremony for Vietnam veterans, who didn’t get the same recognition that Iraq and Afghanistan veterans have received, said Mike Rau, an Air Force veteran and vice chair of the committee.

“The mayor came and spoke and really let them know, ‘Hey, you’re welcome home.’ That was something that we recommended,” he said.

A San Antonio hospital and trauma center serving both military and civilian patients is so renowned, there’s a TV show based on it — NBC’s “The Night Shift.”

Veterans in the Washington, D.C., metro area had nearby access to more than 40 VA health and benefits facilities — the most of any that made the list. Several cities in California were near more than 30 such sites.

Some cities have their own one-stop shops to help veterans process their government claims. At Mt. Carmel Veterans Service Center in Colorado Springs, for example, veterans can receive counseling, transition support, job placement help, education assistance and other services all under one roof. Even veterans who come up short on rent can contact the center for leads on emergency help, Suthers said.

Near three Air Force bases, an Army base and the Air Force Academy, Colorado Springs was home to nearly 10,000 active-duty service members and more than 49,000 veterans in 2015, the most recent year for which census data is available. In El Paso County, where the city is located, more than 30 percent of the senior population is made up of veterans.

“We think our support for our troops — active troops and our veterans — is unparalleled,” Suthers said.

He wasn’t the only one to think that about his city.

“When I was getting ready to retire, I thought of where do I want to retire that is veteran friendly, the cost of living is good, and there are services that are available,” said San Antonio’s Ayala. “If you really look at everything the city has done for a long time, I can understand why it was selected as one of the top 25 veterans cities.” 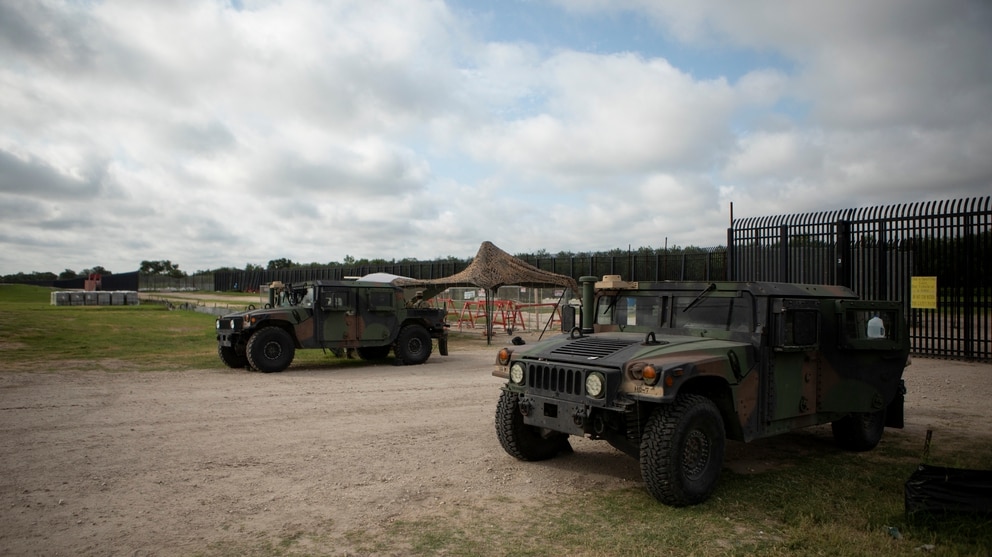 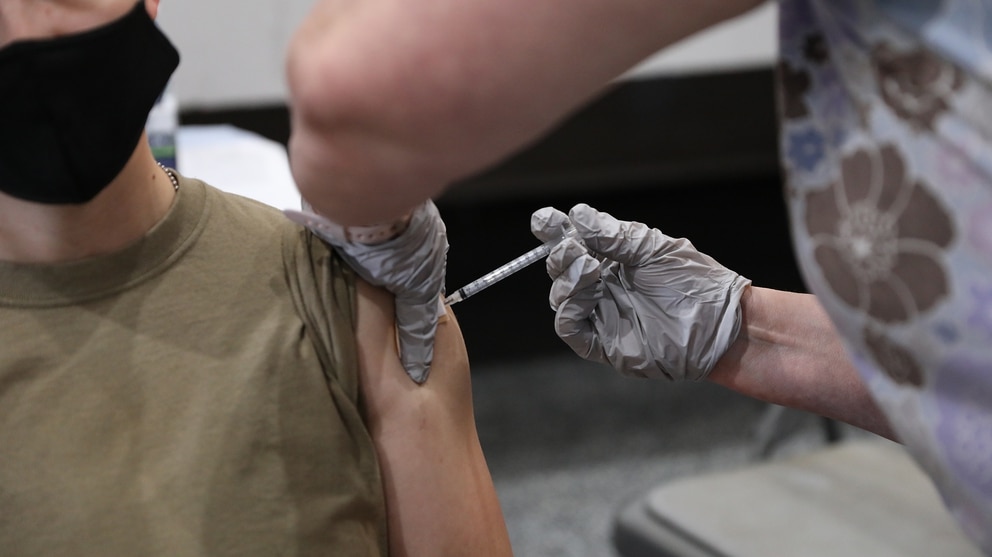 No firings yet for VA workers who refuse COVID vaccines, despite continued warnings 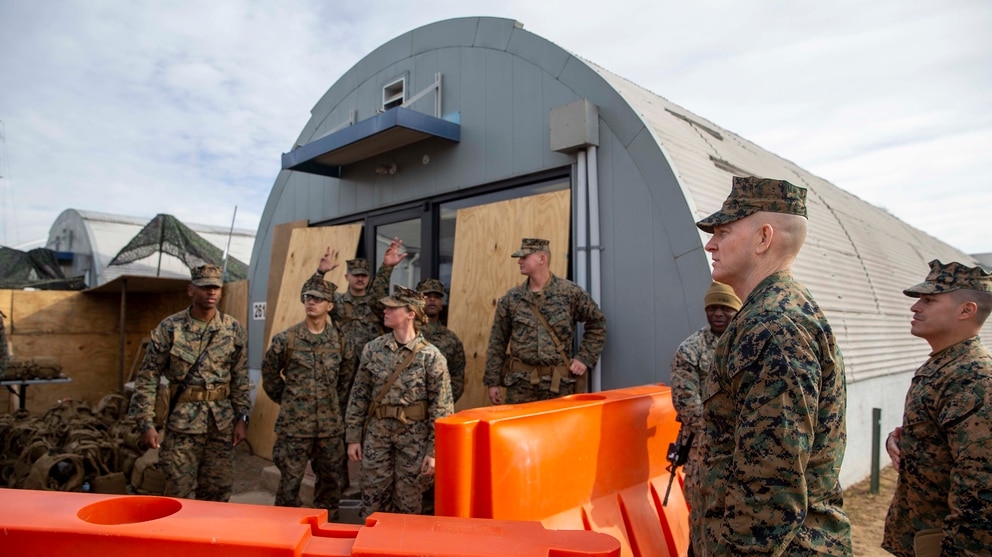