ROMAGNE-SOUS-MONTFAUCON, France — Carpenter Guy Ford liked to watch fish play in the currents around his ship as it sailed for Europe to offload untested troops for a war as horrendous as it was defining for the century to come.

Ford would soon lose his innocence. But unlike many young Americans who crossed the Atlantic a century ago to fight in World War I, he lived to see his country go from a fledging, inward-looking nation to a world power.

Before April 6, 1917, the United States still was, in the words of American writer Walter Lippmann, a country where "money spent on battleships would be better spent on schoolhouses."

Then, 100 years ago Thursday, the United States declared war on Germany and, following victory in 1918, started what would eventually become known as "The American Century." 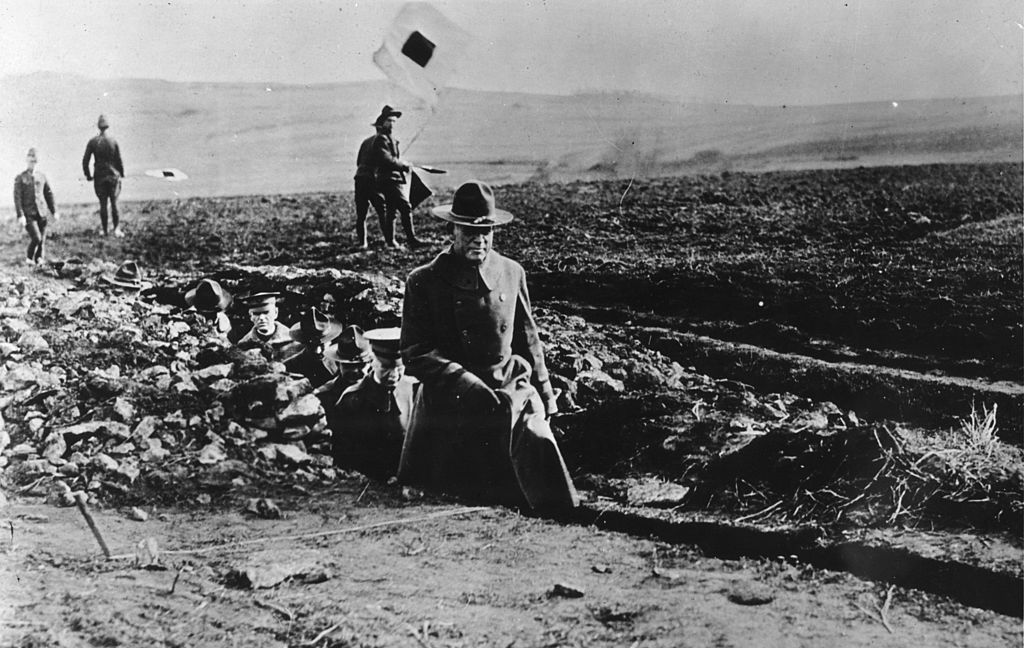 Guy Ford, an only child from Ronceverte, West Virginia, was closing in on 30 when the so-called Great War started in August 1914. Two months earlier, a Serb nationalist named Gavrilo Princip had shot and killed Austro-Hungarian Crown Prince Franz Ferdinand in Sarajevo.

The shot was heard around Europe, where diplomatic alliances quickly drew most of the continent into war, with Germany and the Austro-Hungarian Empire pitted against Britain, Russia and France. But the reverberations didn't immediately cross the Atlantic.

"The attitude of the Americans was not yet the attitude of a big power," said Professor Luc De Vos, a military historian of Leuven University.

American immigrant communities were torn over whether to help the British, and pacifism was the watchword after the destruction of the U.S. Civil War. President Woodrow Wilson won re-election in 1916 with the slogan "He has kept us out of war." Another of his campaign catchphrases had a more contemporary ring: "America first."

In Europe, both sides had already dug in for trench warfare in northern France and Belgium, with gas and tanks and precision shelling making battle more deadly than ever. Some days there were tens of thousands of casualties in unprecedented slaughter.

Ford's granddaughter, Mary Thompson, who also lives in West Virginia, retraced his steps through the war and stopped off at Verdun in northern France. There, the mangled remains of some 130,000 unknown soldiers from both sides, impossible to separate, lie together in the Douaumont Ossuary.

"I can't imagine a boy from Summers County in West Virginia coming to this country and marching ahead of death bombs," she said.

Nor, for most of the war, could most Americans. 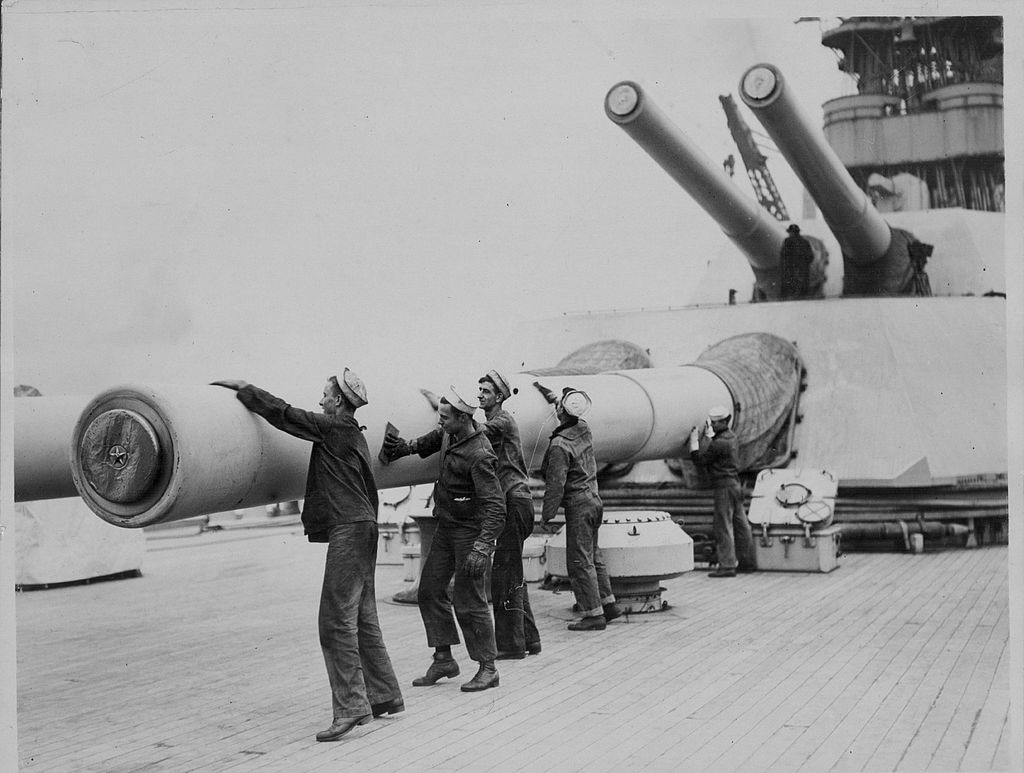 US sailors aboard the USS Colorado, a Colorado-class battleship, during World War One, Portsmouth, Great Britain, circa 1914-1918.
Photo Credit: Keystone/Getty Images
IT HAS STIRRED US VERY DEEPLY

Despite American reluctance to get involved, there was outrage early on at the bombing and German destruction of Belgium's Louvain library and reports of other atrocities. Then, German submarines started attacking ships in the Atlantic. In 1915, the British liner Lusitania was torpedoed, killing some 1,200, including 128 Americans. Early in 1917, unrestricted submarine warfare resumed. In his April 2 war message to Congress, Wilson called it "warfare against mankind."

"American ships have been sunk, American lives taken, in ways which it has stirred us very deeply to learn of," he said, four days before war was declared.

And in a diplomatic faux pas with huge consequences, German Foreign Minister Arthur Zimmermann sent a telegram to his Mexico City office to draw Mexico into the war with a promise to get territory back in Texas, New Mexico and Arizona. There was no WikiLeaks then, but British intelligence got hold of the missive and fed it to Wilson.

"It means to stir up enemies against us at our very doors," Wilson said.

He asked for war. On April 6, Congress obliged. 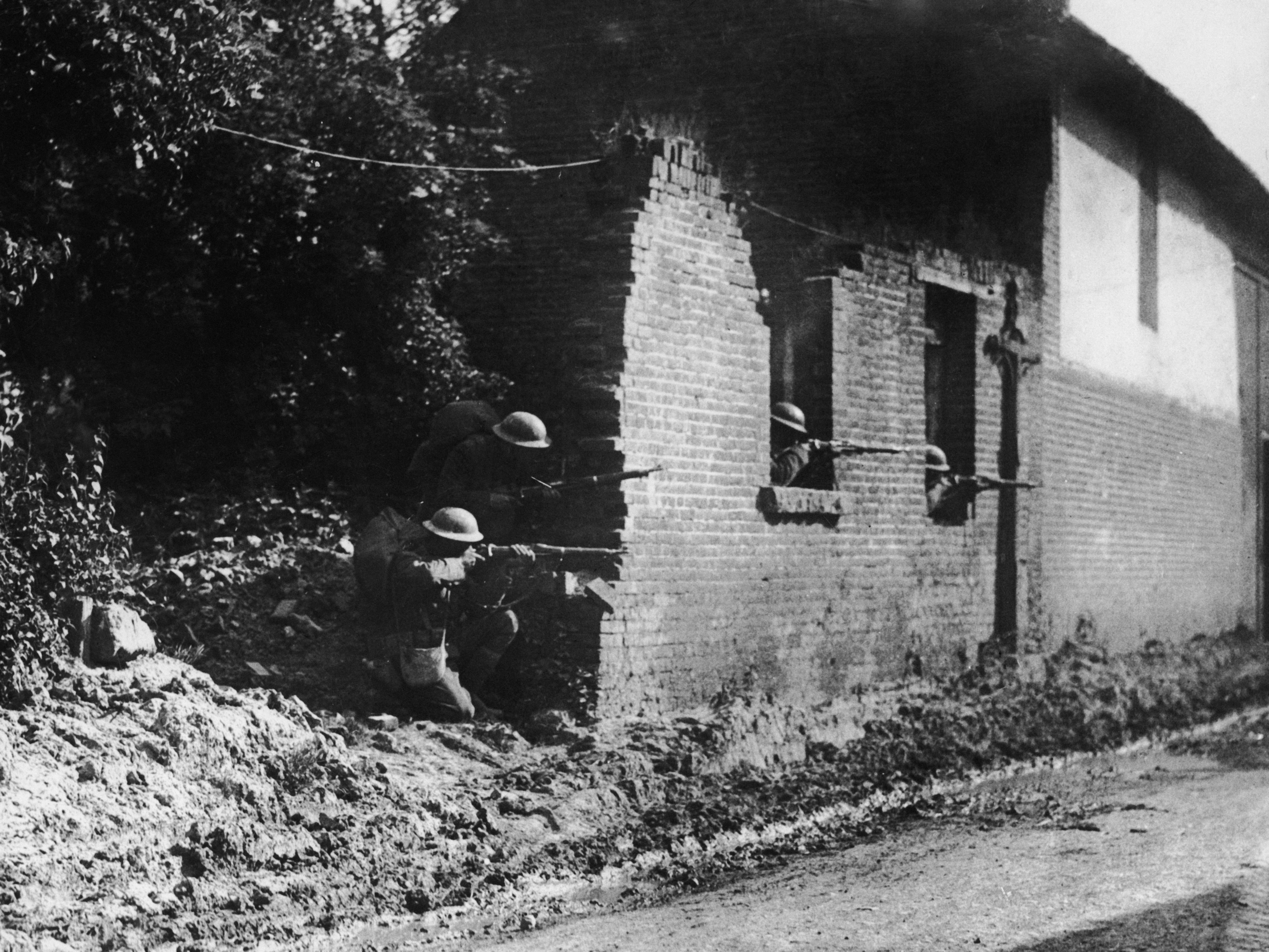 By then, millions had already died. The U.S. entry changed everything.

"Yes, they were essential in turning the tide. Why? There was a real deadlock," said De Vos, the historian. Tens of thousands of lives were wasted as one side advanced a few miles (kilometers) on the Western Front, from one trench to the other, and then back. "The big problem was: how to break through the front?"

It took more than a year for Guy Ford and hundreds of thousands of other young Americans to be ready for the front lines.

So it was May 26, 1918, before Ford, drafted by the American Expeditionary Force, left for France. He kept a small diary noting in short form how seas were rough, target practice was held and with "wind blowing schools of fish at play."

He landed in Brest, France's westernmost port on the tip of Brittany, on June 8. On Independence Day that July 4, when others at home would have been celebrating and drinking, his entry in the diary consisted of "Left Halinghen, hiked to Samer. Loaded on train. That night was issued overcoat before leaving. Air raid that night."

As he was making the 850-kilometer (530-mile) trip across France to the Verdun region with the 305th Engineering Battalion of the 80th Division, the war was entering its end game, the outcome much more uncertain than it seems now in hindsight.

Germany had long fought on two fronts, against Russia in the east and France and Belgium in the west. When Russia signed a peace treaty in 1918, Germany was able to pull troops west and push for the decisive breakthrough. The Germans came within bombardment reach of Paris, but failed again to fully turn the war.

From then on, the arrival of up to 2.1 million U.S. troops became an ever-bigger factor.

"At that decisive moment in the balance of powers, the 2 million Americans — young, enthusiastic troops, they attacked and they were everywhere on the front," De Vos said.

The sense of urgency and stress of battle was evident in Ford's diary, where verbs were in increasingly short supply, giving way to the staccato rendering of villages and dates — ever closer to the America's defining World War I battle of Meuse-Argonne, a region in eastern France close to Verdun. 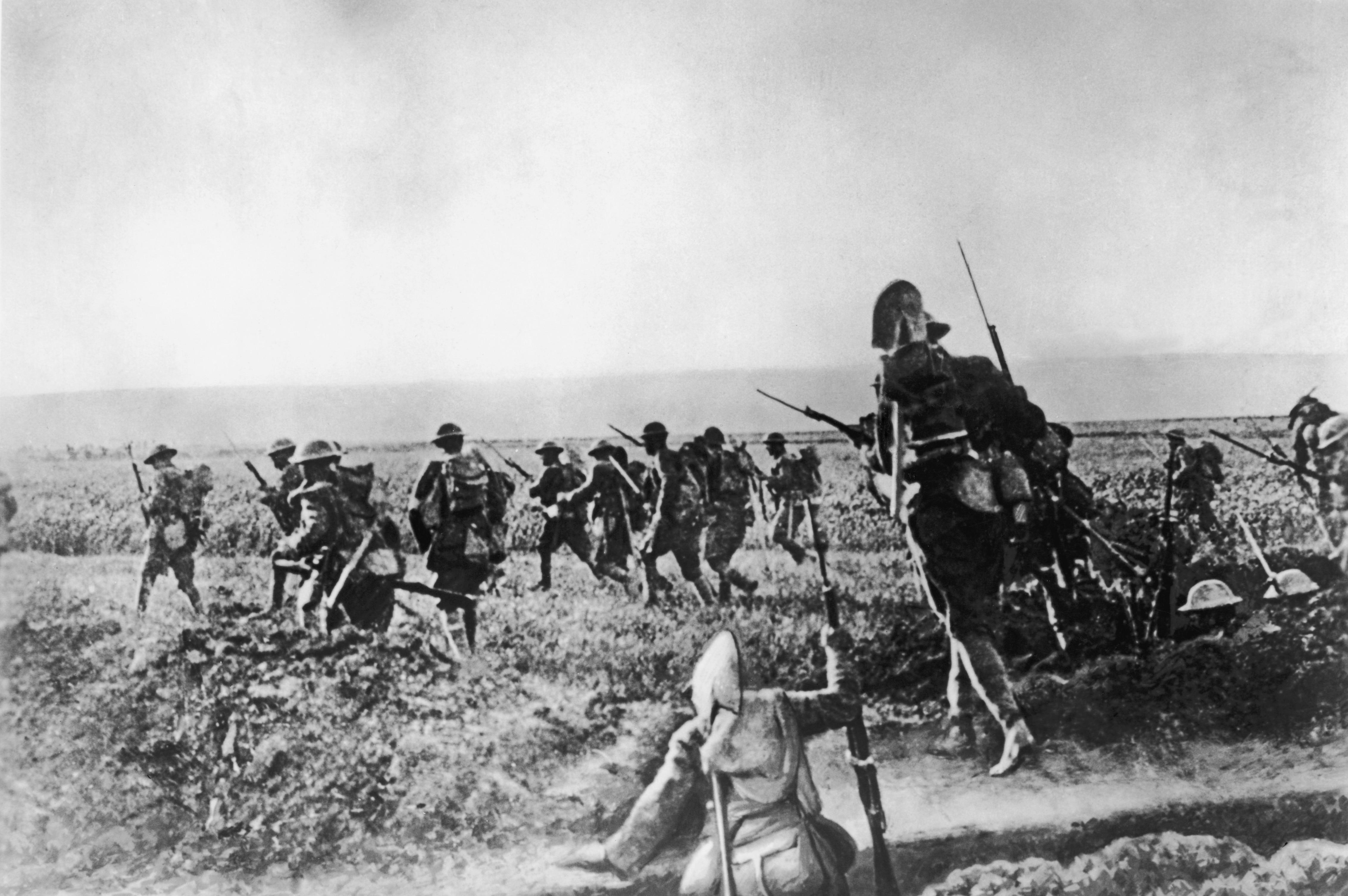 A century later, little has changed in the landscape of the Meuse-Argonne where Ford fought, with neat patches of rich pasture cutting a line between opposing forests that once provided a hiding place for the American and German soldiers behind the lines.

At a vital stage of World War I in the fall of 1918, the Meuse-Argonne offensive was the biggest and bloodiest operation of the American Expeditionary Force. It involved more than 1.2 million American soldiers and lasted 47 days, with a loss of over 26,000 American lives. Ford survived.

Today, only chirping birds and the distant hum of lawnmowers break the solemn silence at the vast estate of the Meuse-Argonne American Cemetery in Romagne-Sous-Montfaucon. Days before the centennial, gardeners neatly clipped every edge of greenery and raked leaves left from winter. Visitors were few and far between.

It is the largest American cemetery in Europe and memorializes 15,200 war dead. The stark white crosses, lined up in neat rows between the trees, are engraved with each soldier's name, rank, home state and date of death.

"I'm moved to tears", said Mary Thompson's husband, Bob. "It brings it all home. I know these towns and states, I almost feel like I know these people."

At huge cost, the Americans were driving the Germans back ever farther when, on Nov. 11, the armistice ended the fighting.

Ford wrote only "Nov. 11 - Hiked to Le Mort-Hommes," a slight misspelling of the ghost village aptly named The Dead Man. The reports of a spontaneous concert, bonfires and massive rejoicing at the momentous victory within the regiment never made it into his diary. Emotion was dulled to the extent that for the next day, he wrote only "12 - to Chatel."

Some never made it that far. Even a century later, a day could make a fateful difference. One white marble headstone at Meuse-Argonne reads "ROGERS E. TRAHAN SERGT. 9 INF. 2 DIV. LOUISIANA NOV 11, 1918." 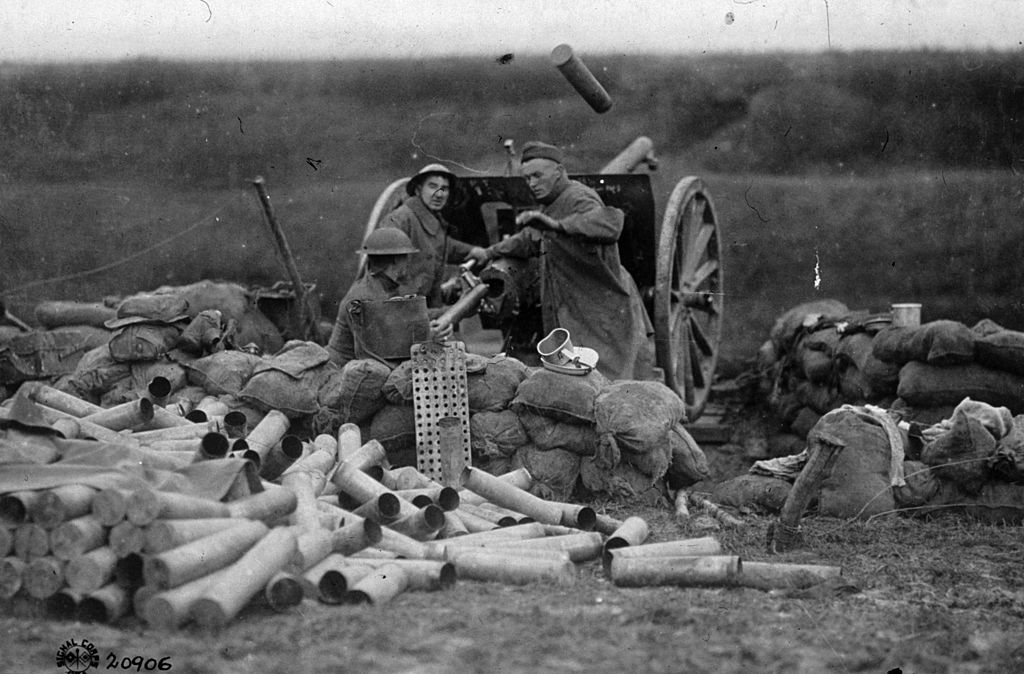 American soldiers of Battery C, 6th Field Artillery, firing their field gun surrounded by empty shell cases on the Lorraine front, Beaumont, France.
Photo Credit: Sgt. J A Marshall/Getty Images
IT COULD HAVE BEEN SOMETHING FROM THE WAR

In May of 1919, Guy Ford returned to life in West Virginia, officially authorized by the 305th engineers "to wear the Service Ribbon" with three bronze stars, for having participated in the Somme, St. Mihiel and Meuse-Argonne offensives.

As much of Europe lay in ruins, with 14 million soldiers and civilians from around the globe dead, the United States emerged as a major power in the world.

In "a personal word" to his soldiers, U.S. Commander in Chief Pershing wrote that they "in a succession of brilliant offensives have overcome the menace to our civilization."

Ford eventually married and had a boy and then a set of twin boys. In 1934, when Mary Thompson's father was just four, Ford died at the age of 46. Countless people had returned from the war with physical and mental scars never fully examined.

"We'll never know what caused his death," Mary Thompson said. "We understood from relatives that it was his heart, but who knows — it could have been something from the war." 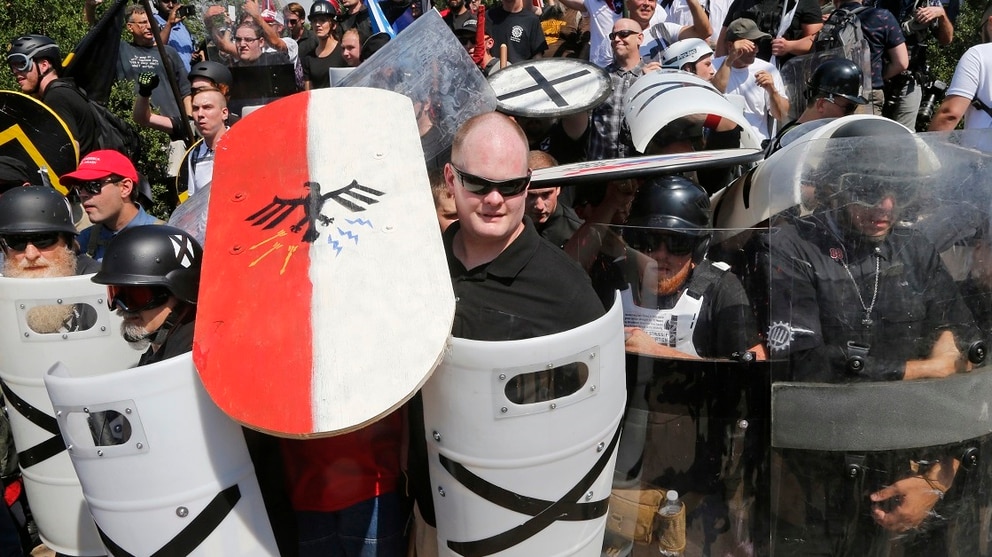 A plan for rooting out extremism in the military: report 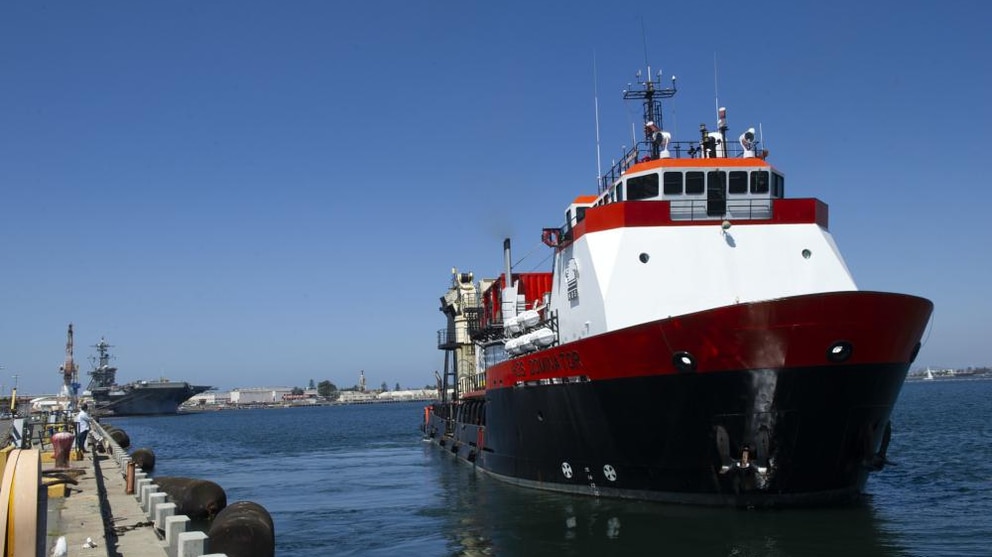 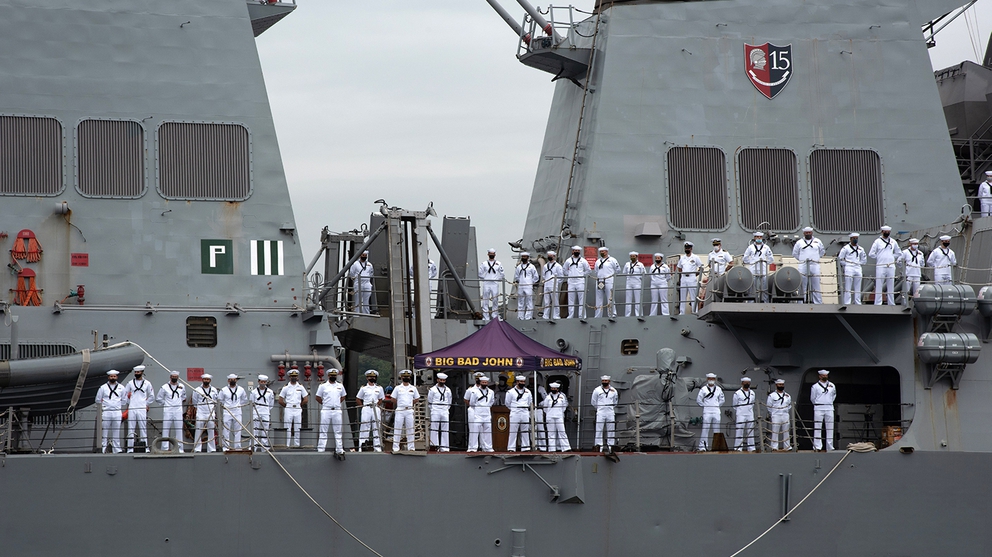 These warships are leaving Japan after more than two decades overseas