[ Editor's note: The following is a guest commentary by two active-duty economics professors from the U.S. Military Academy. This is the first in a reoccurring series to educate service members on the new Blended Retirement System.]

Starting Jan. 1, 2018, all new entrants to the military will receive a new retirement system, known as the Blended Retirement System.  This system is a dramatic departure from the military's current retirement system, which awards a pension of at least 50 percent of base pay to qualifying service members immediately upon retirement.  The Blended Retirement System combines the military's defined benefit plan with what is known as a defined contribution plan, which is similar to the retirement offering found in most civilian 401K plans. Service members who joined the service from Jan. 1, 2006 to Jan. 1, 2018 will have a choice:  stay with the current defined benefit plan or opt into the new blended system.

Here are five factors to keep in mind for those of you who are facing the opt-in decision yourself or are advising subordinates on which plan to choose.


Perhaps the greatest benefits from switching to the blended plan arise out of the automatic and matching contributions the Department of Defense would provide to your Thrift Savings Plan account.  The automatic contribution, set at 1 percent of your base pay, starting after your first 60 days of service, is literally free money for you.  At the beginning of your third year of service, you would become "fully vested" which means all of the contributions from the Defense Department are yours, regardless of when you subsequently leave the service.

When you become fully vested, the Department of Defense will also start matching money you contribute to your Thrift Savings Plan account, up to an additional 4 percent of your base pay.

Here's an example of how it would work (see table): If you save 5 percent of your base pay into your Thrift Savings Plan, the Department of Defense will also deposit the 1 percent automatic contribution and an additional 4 percent of your base.  An E-5 with five years of service could receive matching contributions of up to $133 per month. An E-8 with 18 years of service could receive up to $249 matched each month.

Through matching Thrift Savings Plan contributions, the Defense Department enables you to save 10 percent of your base pay for retirement each year, while only contributing 5 percent from your paycheck. So those contributing up to 5 percent of base pay will receive a guaranteed, immediate 100 percent return on their investment.

The blended system also provides for an additional cash bonus, called "continuation pay" that you would have access to at 12 years of service.  This bonus can range from 2.5 to 13 times your monthly base pay and comes with a four-year additional active duty service obligation.  While you could use the money to buy a new surround-sound system, put a down payment on your dream car, or take the family on vacation, this one-time payment should be used to save for retirement. As a reminder, the maximum annual contribution for your TSP account in 2017 is $18,000, far beyond 10 percent of your annual salary.

me payment should be used to save for retirement. As a reminder, the maximum annual contribution for your TSP account in 2017 is $18,000, far beyond 10 percent of your annual salary.

2) It's no longer all-or-nothing


Another benefit of the new blended plan is that you can leave the service with an established retirement account even if you do not retire.  Under the current system, you must reach 20 years of active service to retire and receive a pension. (There are exceptions for those who are medically retired and have a disability rating of 30 percent or higher.)  With the blended plan you still have to reach 20 years of active service to earn the pension portion of the plan, however if you are fully vested and leave before 20 years of service all of the Thrift Service Plan contributions, both yours and those of the Department of Defense, are yours to keep.  This is the "defined contribution" portion of the blended plan. For any service member who does not plan on making the military a career or who wants to reserve the option to get out, the blended is quite simply a better option.

One important difference between the two plans lies in the "defined benefit," or pension, aspect.  Under the current retirement system, your annual pension equals 2.5 percent,   multiplied by the number of years served and the average of your highest 36 months of pay.  This pension has historically increased each year with a cost-of-living allowance to keep pace with inflation.  For example, in the current retirement plan, an E-7 retiring at 20 years in 2017 would receive $26,842.80 annually, along with cost-of-living allowances.  Under the blended system, the percentage drops from 2.5 percent to 2.0 percent, so that the same E-7 retiring at 20 years of service would receive $21,474.24 annually.  This 0.5 percentage point difference amounts to a 20 percent reduction in the amount of the pension, or roughly $450 per month for the E-7 described above.  This 20 percent defined benefit reduction will have the largest impact on service members who retire in their late thirties or early forties and do not plan on starting a second career.

An often overlooked aspect of the blended system is its exposure to market risk. Investments, and retirement plans specifically, often advertise their historical and average returns, and gloss over the chances investments could perform poorly or even lose money. While assuming some investment risk would likely have worked in your favor in 2016, with the S&P 500 rising about 12 percent, it could work against you in down years. In 2009, for example, the S&P 500 fell by nearly 37 percent.

For a service member nearing retirement with $1 million saved, market returns alone would have added a cool $120,000 to his or her retirement nest egg last year. This is a far greater return than you would ever see in the defined benefit plan through a cost-of-living adjustment. On the other hand, market losses could have cost someone with the same portfolio $370,000 in 2009 -- whereas cost-of-living adjustments are unlikely to ever be less than zero.

While 2009 was an anomaly, stock market investments can be risky. In the last 20 years, the S&P 500 has fallen by at least 9 percent annually four times. With the blended plan, asset allocation becomes a critical consideration.  While young service members should typically invest in riskier asset classes offering higher expected returns, they should typically reduce their risk exposure as retirement draws nearer. Imagine losing 37 percent of your retirement savings the first year of your retirement!  (Choosing the proper investment need not be complicated: The Thrift Service Plan offers "lifecycle" funds that automatically alter your asset allocation as you near your target retirement year.)

Both plans carry a pension, which enables you to receive a paycheck as soon as you retire.  The defined contribution portion of the blended plan, money you and the Department of Defense put into your Thrift Savings Plan, is similar to a private sector 401(k) plan.  While it is possible to take a loan of up to $50,000 from your TSP, in most cases you cannot withdraw funds from your thrift plan without repayment until you are 59.5 years old without a 10 percent early-withdrawal penalty. The tax impact of any withdrawal, regardless of your age, is also based on whether you have a Roth or Traditional Thrift Savings Plan account. For a 38-year-old service member who retires after 20 years of service, he or she may have to wait another 21 years before being able to access the Thrift Savings Plan funds without penalty.

Conclusion:
Over the next year we will highlight different aspects of the Blended Retirement System, or BRS, to help those of you in the "opt-in year groups" decide whether to switch to the new plan.  We also hope to help newer and future members of the Armed Forces better understand which plan is best for them.  As with any financial matter, the decision is ultimately yours and yours alone.  No two people are the same. The solution that is right for you may not be the same for your subordinates because of different priorities and appetites for risk.  We will help to explain the blended plan, and who might benefit the most from it, but in the end, only you can decide which retirement plan is in your best interest.

MAJ Patrick J. Bell, is an Assistant Professor of Economics in the Department of Social Sciences at the United States Military Academy at West Point. He is a Military Intelligence Officer with experience in unmanned aerial systems, cybersecurity, and advising foreign militaries, including two combat tours to Iraq. He holds a B.S. in Political Science and Sociology from the United States Military Academy and an MBA with Specializations in Finance, Economics, and Global Business from Leonard N. Stern School of Business at New York University.

MAJ Evan R. Davies, CFP® is an Assistant Professor of Economics in the Department of Social Sciences at the United States Military Academy at West Point and a CERTIFIED FINANCIAL PLANNER practitioner. He was commissioned as an Armor Officer and served in a variety of positions within the 3rd Infantry Division including two combat tours to Iraq.  He holds a B.S. in Economics from the United States Military Academy, a M.S. in Personal Financial Planning from the College for Financial Planning and a MBA from Harvard Business School. 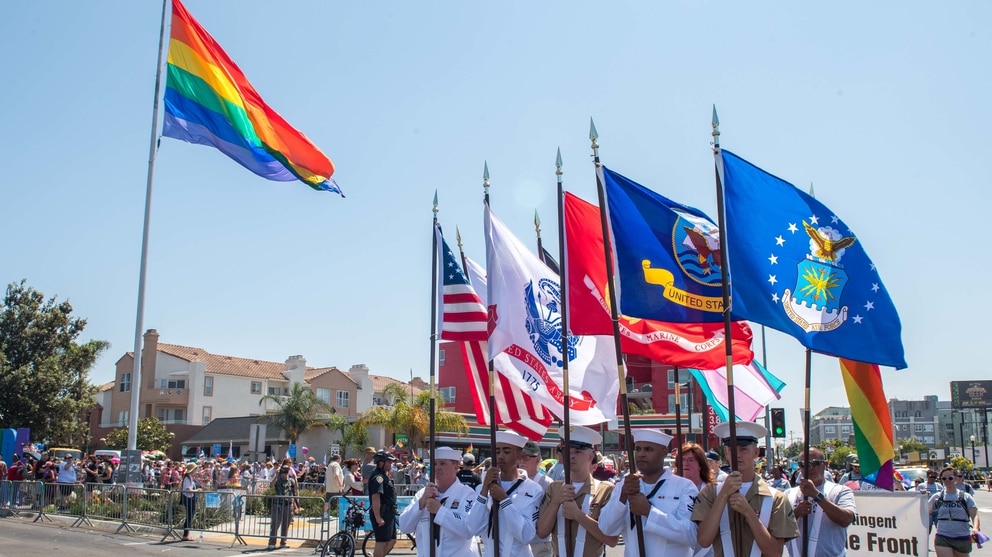 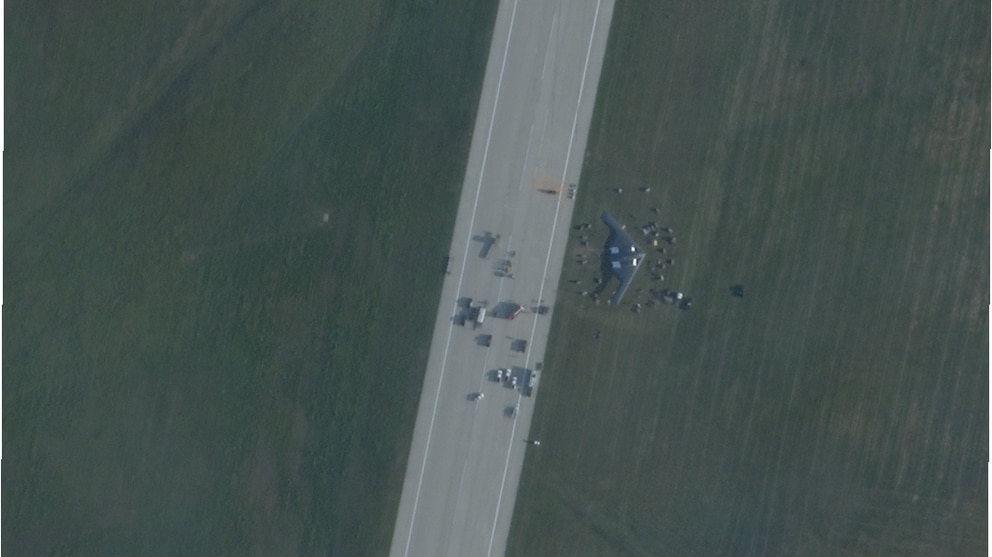 B-2 bomber crashes in Missouri after in-flight malfunction; none injured 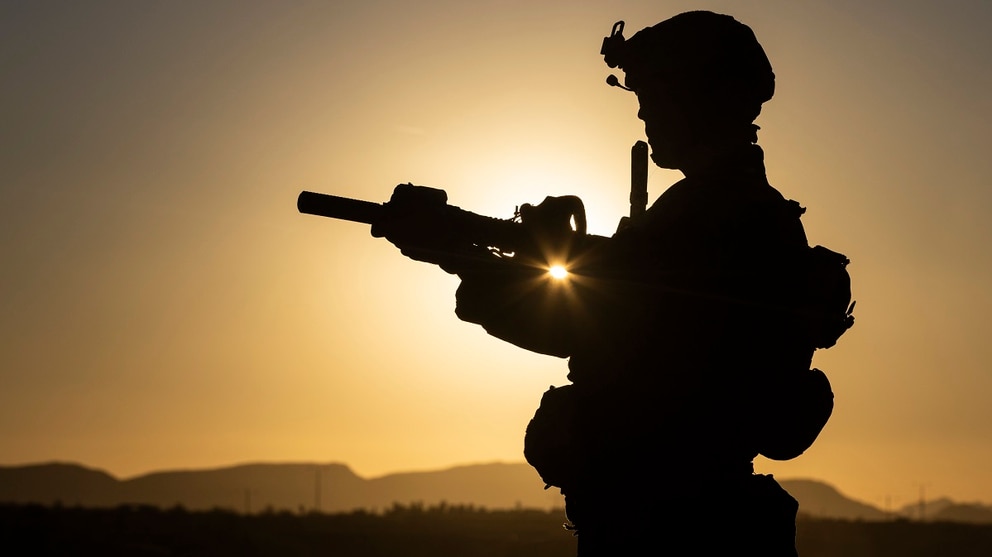